Inverness is the capital of the Scottish Highlands. It is in the middle of a ruggedly beautiful area known for its food and drink. Here are 10 of the best places to eat. Rocpool opened in 2002 and is in a great spot on the west bank of the river Ness in the middle of Inverness. The restaurant has two sides made of glass, so people can look out over the city and see the nearby 1836-built Inverness Castle while they eat. The decor is light and modern, just like the food, which is modern European and focuses on using the best Scottish ingredients. Expect a lot of seasonal food from small local shops and hand-picked local suppliers. At Rocpool, you can order Highland beef, Speyside venison, Black Isle pork, smoked salmon from Mallaig on the west coast, and mussels from the Shetland Isles. The historic road that goes south from Inverness along the south side of Loch Ness to Fort Augustus passes by the Dores Inn. Field Marshal George Wade built the road in the late 1720s to make it easier for soldiers to move around after the Jacobite Rebellion of 1715. The Dores Inn is an old-fashioned family-run inn with great food and drinks, like fish and chips, mussels, steaks, and scallops. The scenery around the inn is beautiful. In the summer, you can look out over the blue waters of Loch Ness and the amazing peaks of the Highlands. In the winter, this rough part of Scotland is beautiful and romantic because of the fog.

Restaurant at the River House Alfie Little, who is from Cornwall, runs the River House Restaurant. He uses his connections and friendships with local fisherman and farmers to get the best food and wine for the menu. At the River House Restaurant, the food is based on classic dishes that let the high quality of the ingredients shine through without being too complicated or refined. Fresh seafood and hearty meat dishes are on the menu. As first courses, you can choose from pan-seared scallops from the Isle of Harris, Orkney crab on toast, or west coast cod flakes with roasted cherry tomatoes. Main courses to look out for include prime Scottish rib-eye that has been aged for 28 days and your choice of sea bass, halibut, plaice, or hake. 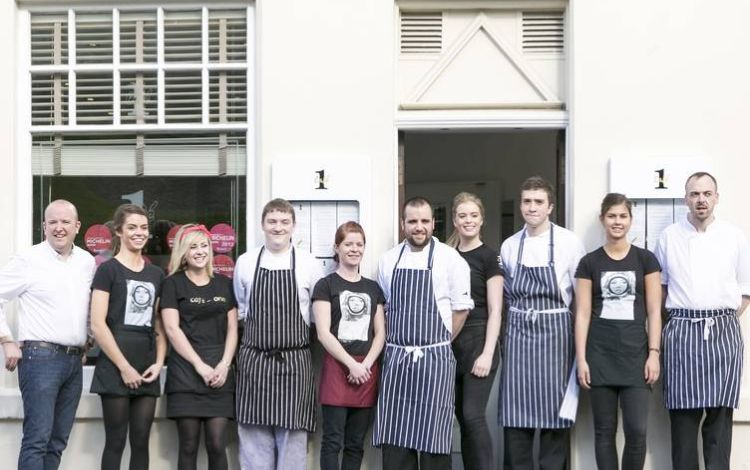 Café 1 is right in the middle of town, close to the river Ness and Inverness Castle. The cafe has a casual and friendly atmosphere and is decorated in a traditional style. The walls are a rich deep purple color. The food is modern, and fresh ingredients from the Highlands and Islands of Scotland are brought in every day. Café 1 even has its own farm, called Holly House, where they raise their own herd of Hebridean sheep and Highland cattle, which sometimes show up on the menu. Wood pigeon with haggis mash and 24-hour smoked salmon with Moray Firth crab are among the starters. For the main course, you can choose from Angus sirloin and fillet steaks, smoked haddock, or lamb rump that has been marinated in garlic and rosemary. Aspendos gets its name from an ancient Greek city whose ruins are in Turkey today. The food here is Mediterranean and Turkish, so it’s no surprise that there are a lot of meat grills, skewers, fish dishes, and vegetarian options. There are also steaks available. Soslu patlican, which is made with eggplant, peppers, yoghurt, and sauces cooked in olive oil, and kalamar tavu are two traditional first courses (fried squid with a capers sauce). The main dishes are karniyarik, which is an aubergine stuffed with ground lamb, rakili tavuk, which is chicken, mushrooms, onions, tomatoes, and raki, and kuzu guvec, which is a kind of rice dish (lamb with onions, peppers, garlic, tomatoes, and oregano). People in Inverness say that the Indian Ocean is the best Indian restaurant there. It has an a la carte menu with a lot of traditional and more unusual curries made with fresh, high-quality ingredients. It is right in the middle of Inverness on Academy Street, not far from the east bank of the river. The Indian Ocean is known for the quality of its seafood specialties, such as Tandoori sea bass, king prawns, or rainbow trout, haddock roast biran, and jhal kakra bhuna, which is spicy crab with capsicum, onions, and a special sauce. You can choose from mild curries like tikka masala, chasni, and mohonwala, as well as stronger ones like jalfrezi, madras, and vindaloo. One of the best dishes is the lamb naga jalapani, which is made with Scottish lamb, spices, Naga pickle, and Jalapeno peppers.

The Seed of Mustard The Mustard Seed has been open since 1995 and serves simple food that is well-prepared and served in a friendly way. The restaurant is different, though, because it used to be a church. There is an open fire, a double-height ceiling, and a few modern touches. The restaurant is on the east side of the river Ness. From the top floor terrace, you can see a great view of the river and the city of Inverness. The chefs have built strong relationships with local suppliers so that they can make a modern menu that is based on the cooking styles of the Highlands. There are sittings at lunch, early evening for people going to the theater, and dinner. Main dishes to look out for include game and pork terrine, loin of Ross-shire pork, and rib-eye steak from Munro’s Abattoir in Dingwall, just north of Inverness. Just outside of Inverness is Culloden Moor, where the battle of Culloden took place in 1746. This is where the army of the Duke of Cumberland finally beat the Jacobite forces led by Bonnie Prince Charlie. Culloden House was where Bonnie Prince Charlie stayed before the battle. The hotel is surrounded by 40 acres of gardens and has a great restaurant that puts an emphasis on where the food it serves comes from. Fruits and vegetables come from the house’s gardens. Meat comes from Munro of Dingwall, and Duncan Fraser sells fresh fish from the area. There is also a Whisky of the Month and a push to enjoy Scotland’s national drink. The Culloden House cellar has more than 160 malts, and each month a different one is featured as the Whisky of the Month. The restaurant is part of the Scottish Malt Whisky Society and is a Malt Whisky Embassy.