Humuhumunukunukuapua’a: The Story Behind of Hawaii State Fish

Hawaii State Fish Humuhumunukunukuapua a. The state fish of Hawaii has a name that is brief, distinctive, and easy to say. It is hardly surprise that Hawaii’s island chain, which is rich in seashore culture and traditions, has a designated state fish. Explore the humuhumu’s backstory in more detail. What is the Hawaii State Fish Humuhumunukunukuapua a?

Humuhumunukunukupuaa (Reef Triggerfish) may seem to be a difficult term, but it is really fairly easy. Regardless, locals sometimes reduce it to humuhumu to save breath. The state fish’s appellation, like many Hawaiian names, is steeped in significance and history. The first component, “humuhumu,” is the Hawaiian term for all triggerfish species. The second part of the name, “nukunukupuaa,” translates to “snout of a pig.” There is a resemblance between the peculiar grunting noises made by live fish when they are threatened and the familiar sounds made by pigs, despite the fact that this may seem to be an odd comparison.

In 2006, the humuhumu was named as Hawaii’s official state fish. The rectangular triggerfish, Lagoon triggerfish, Picasso triggerfish, or Hawaiian triggerfish are additional names for these fish. With their assortment of colors, vivid blue lips, and yellow stripes, they are enjoyable to discover on our Maui reefs. When snorkeling in Maui, be sure to have your camera ready because humumu’s are smaller triggerfish and move very quickly.

The humuhumu’s relatively chubby mouth contains a row of blue teeth that are closely spaced. Their shape enables them to wedge themselves into tight spaces and lock their spine, making it very challenging to escape. They also have the ability to grunt, perhaps as a call to warn other triggerfish in the area of impending danger. If you’re snorkeling in Hawaii and have the good fortune to see one of these gorgeous creatures, observe them, but always respect their space.

What are the 8 Hawaii Islands Nicknames? (and their meanings)

The 13 Best Historical Places in Hawaii You Must Visit

What are the top Chinatown Honolulu Restaurants? 10 BEST

8 Things to Know Before Going to Hawaii

The fish’s ability to shoot water jets out of its mouth is one of its more intriguing behaviors. The fish use these jets to locate some of their food source, which may be buried beneath the sand. The humuhumu are frequently observed spitting sand out of their mouths to sift through the debris in search of food. Reef triggers are fairly aggressive and typically won’t tolerate other species in their general area, which accounts for the fish’s frequent solitary appearance. It’s amazing how quickly triggers can change their color. The coloration is frequently the most vibrant when the fish is healthy and not in danger from its surroundings, but they can become relatively dull-looking when they are sleeping or acting submissive.

Reef Triggerfish, like many other things in Hawaiian history, plays an important role in local mythology. The fish is associated with the hog god, Kama Puaa.

Kama Pua’a was a merciless leader from Oahu Island who could take the form of both a man and a wild hog, according to legend. He possessed superhuman abilities to command the rain and waters to obey him.

He was on the Big Island one day when he fell in love with Pele, the goddess of fire and lava. Pele was aware of his cruel nature and rejected him with a torrent of boiling lava and sulfur smoke. Kama Puaa was prepared for her attack, and he easily brushed the clouds away, standing before her without a single wound. His strength did not frighten her; rather, it impressed her.

They married soon after, but they quickly realized that they were never meant to be together. Pele was quickly enraged by Kama Pua’a and his brutality because he had too many hoglike habits.

Pele used her best weapons and threw steam and lava at Kama Pua’a to get rid of him, but his power was enough to fight her every move. Pele was forced to seek assistance from the gods of the underworld. Kama Pua’a was forced to flee into the sea.

When he touched the water, he transformed into a Humuhumunukunukuapuaa, a fish with thick skin that could withstand boiling waves and swim deep into the sea. Now that we know the story, it’s no surprise that the Humuhumu’s noise sounds like a small hog grunting!

A humuhumu will spend its days gliding down the ocean bottom eating algae and sucking up concealed crustaceans from the sand. At night, it returns to its reef crevice and deploys three spines to firmly anchor itself. The fish may then sleep soundly, secure in the knowledge that no predator can approach it. This characteristic gives the humuhumu its alternative popular name, the Wedge-tailed Triggerfish.

Hawaii is home to some of the world’s top snorkeling destinations, thanks to its colorful reef fish, year-round mild water temps, and amazing coral structures. Humuhumus enjoy shallow outer reef habitats, which is ideal for inexperienced snorkelers. Because of its particular color and pattern, the humuhumu is immediately identifiable.

Hanauma Bay on the south coast of Oahu is one of the greatest sites to see a humuhumu in its native environment. The tranquil bay is a protected natural area and Marine Life Conservation District. In addition to the humuhumu, it is possible to swim with dozens of other kinds of fish, such as the kikkapu (Threadfin Butterflyfish), manini (Convict Tang), and kihikihi (Moorish Idol). 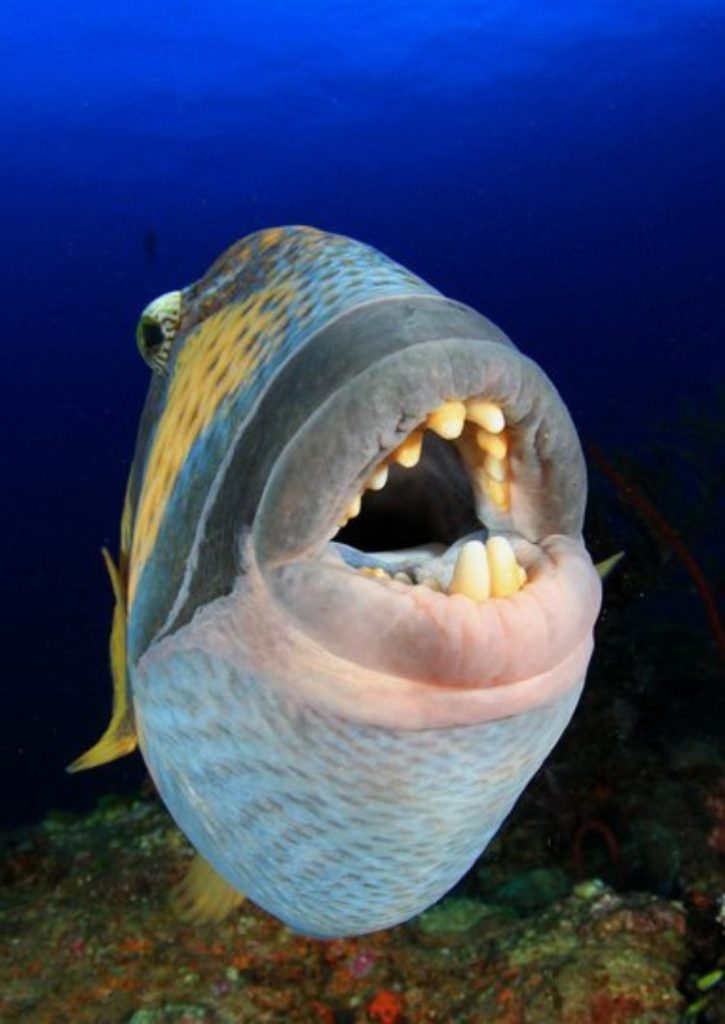 Hana hou for that as well because Humuhumunukunukuapua’a has grown to be a beloved symbol of Hawaii. Photographs of it are displayed in classrooms all over the state. Musicians incorporate it into their lyrics (check out Don Ho’s My Little Grass Shack), and snorkel manufacturers extol its beauty. Even the British got to see a glimpse of this alluring beauty when one of them worked for a while at the Hastings Blue Reef Aquarium in East Sussex. According to experts who spoke to The Daily Mail, the fish “has a lot of personality…he rushes around the tank, eating and filtering sand always looking like he’s on a mission to get somewhere.” For islanders themselves, the fish embodies everything that is distinct, beautiful, and independent about Hawaii.

Topic: Humuhumunukunukuapua’a: The Story Behind of Hawaii State Fish

Join the “I Left My Heart in Hawaii” in Our Community on Facebook. A place where members can be honest with each other, share their stories and travel photos, and try out a new way to see Hawaii together.

What are the 8 Hawaii Islands Nicknames? (and their meanings)

The 13 Best Historical Places in Hawaii You Must Visit

What are the top Chinatown Honolulu Restaurants? 10 BEST

8 Things to Know Before Going to Hawaii

What Was The Dutch East India Company?【 Explained in 1 Minute】